Here is a list of the TikTok services we currently provide. Please choose a category in order to find out more about it.

By now, there’s no doubt that you’ve heard of TikTok, the social media platform that has taken the world by storm. But if you’ve just recently discovered it and you’re an artist, you may be interested in finding out more about the platform and how it could help you garner more attention. Read on for an introduction to TikTok.

In short, TikTok a video-sharing act that’s specifically intended for short-form videos. Users can create and share videos that are about 15 seconds in length on pretty much any topic. Much like other social media platforms, once your short-form videos are uploaded to TikTok, they can be shared on the site itself, as well as on other social platforms, such as Facebook, Twitter, and YouTube.

TikTok was formally known as Musical.ly, which as launched back in 2014 by Alex Zhu and Luyu Yang. Soon after it was launched, the platform and its app started to gain serious momentum with a specific set of users; mainly tweens, teens, and young adults. Fast forward to 2017 and Musical.ly was purchased by the Beijing-based tech and media company ByteDance, which already owned TikTok, a similar app that was launched in 2016 in China. While both of the apps were already popular, Muscial.ly was more popular with American and European users, while TikTok was more popular with Asian users. When ByteDance acquired Musical.ly, they essentially brought together the two platforms to create a more efficient social media video-sharing platform and decided to move forward with the TikTok name for their app and platform.

Today, TikTok has over one billion active users around the globe, with more than 60 percent being between the ages of 10 and 29, and more females use the app than males.

How Does TikTok Work?

So, how does TikTok work? As mentioned, the basic function of the platform involves users creating videos and sharing them on the social site. The videos run for up to 15 seconds and are known as “TikToks”; if you’d prefer to make longer videos, you can do so by making multiple clips that can be joined together to create a recording that’s up to 60 seconds long. You can also upload longer videos that were recorded on another app onto the TikTok platform. There are video editing and customization tools, too; you can access a library of songs, filters, effects, and even sound bites, which you can add to your videos. If you’d like, you can also do a duet; just reply to someone else’s video, create a slip-screen, and you’ll have access to non-stop reactions. If you’d like, you can also add in your own sounds and lip-sync along with someone else’s video, too!

Why is TikTok Invaluable for Musicians?

As you can imagine, a social platform like TikTok can do wonders for music artists, as you can share snippets of your songs and make music videos to grab the attention of people who already follow you, as well as to attract a much larger audience.

Since there are so many active users and its popularity continues to grow, there’s a massive audience that you can tap into on TikTok. In fact, people who have moved onto TikTok have seen a marked improvement in their brand awareness. In fact, even accounts that have no followers can successfully garner millions of views on a new video that they post to TikTok. Plus, there’s a new feature that could help to drive more traffic, as the platform recently introduced the option to add a link bio. Right now, only a handful of TikTok users can add a link to their bio, but it’s likely that the feature will be available on a wider scale soon. When that happens, you can expect to see even bigger and better results for growing your following and building awareness of your brand. 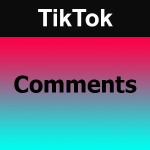 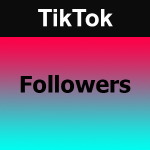 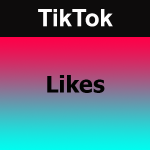 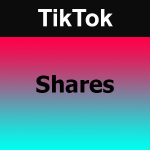 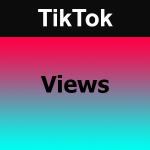